At the end of last year ‘A Disorder for Everyone’, in association with Mad in the U.K and supported by the brilliant folk of Onlinevents, hosted a Zoom showing of Paula J. Caplan’s play about psychiatric labels, ‘Call me Crazy.’

‘A Disorder for Everyone’ is a day event that Lucy Johnstone and I, along with many allies and supporters, have taken round the UK over the last four years – and more recently, in online form, across the world A Disorder For Everyone

AD4E’s core message is about challenging the diagnostic model of emotional distress and exploring non-pathologising ways of responding to that distress. From the very first event back in 2016, we have been convinced of the power of using a variety of creative media to convey the challenge to the dominant medical model paradigm that pathologises people’s suffering. We’ve had plenty of evidence of how well this works. The Edinburgh-based poet Jo McFarlane kicked off our very first event with performances of poems by her and her partner, Sally Fox. They were incredibly powerful pieces of work which left the audience deeply moved, and open and receptive to the rest of the day. Soon afterward, at our second event in Bristol, we invited artist/performer Dolly Sen to share her short comedy-drama, ‘Bedlamb,’ and poet Clare Shaw joined us in Manchester at another event early on in our AD4E journey.

The AD4E events have continued in this vein, incorporating more and more creative ways of having the discussion: poetry, drama, art, cartooning, and a variety of musical contributions too. But until last December, we had never hosted a play. So when psychologist, activist, and playwright Paula J. Caplan (who is also a strong believer in using the arts to educate, illuminate, and inspire people to action) approached me with the suggestion of an AD4E showing of the first play she wrote — ‘Call me Crazy’ — I jumped at the opportunity.

I had had the pleasure of seeing one of Paula’s plays already. My partner and I had met Paula in a cafe in NYC back in 2016, and it just so happened that her play ‘Shades’ was being performed Off-Broadway in Greenwich Village. We managed to get tickets and experienced a hugely powerful and memorable evening. We were both eager to see more of her theatrical work.

The comedy-drama ‘Call me Crazy’ is an award-winning work written with the aim of challenging psychiatric labelling… as indeed so much of her work does. It is based in part on her book, ‘They Say You’re Crazy: How the World’s Most Powerful Psychiatrists Decide Who’s Normal’  with which many readers will be familiar. The book tells the story of how in 1988 Paula ended up as an advisor on the Task Force for the fourth edition of the Diagnostic and Statistical Manual of Mental Disorders (DSM), chaired by Dr Allen Frances. She had agreed to join because Frances assured her that ‘this time’ there would be open and honest debate, and ‘this time’ the decisions would be based on the science. Paula hoped that would be the case but was clear with Frances that if she was not comfortable with what the Task Force did, she would resign and speak publicly about what she had observed.

That is exactly what transpired. Paula’s two years as a DSM insider showed her exactly how psychiatric diagnostic categories are developed and applied. She learned that the three main accepted beliefs about psychiatric diagnosis are in fact myths. These are that psychiatric diagnosis is scientific, that getting a diagnosis helps reduce the person’s suffering, and that there is no risk attached to being given one of those labels. You can hear Paula talk about her experience of being an advisor on the DSM task force in this AD4E interview.

‘They Say You’re Crazy’ is easily up there in my top 5 books in this crucial debate. It provides us the solid, evidence-based but readable arguments in a similar way to the work of Dr Lucy Johnstone, Dr James Davies, and Robert Whitaker. We need these straight-talking books to equip us when we are out there in the world challenging the lies. That said, books are not everyone’s thing. We are all different and have different preferred ways of absorbing information and ideas. This is why Paula wrote a play on the subject, too; she believed that as many people as possible should have a chance to hear the real story.

For AD4E the idea of being able to communicate the same points in yet another creative way, thus making the discussion accessible to more people, was an attractive proposition, and when John Wilson at Onlinevents agreed to take charge of the technology, we were delighted to accept Paula’s offer. Paula immediately went about gathering a cast composed of a range of people, including Broadway drama and musical actor Hal Robinson, Reconstructionist Rabbi Alexis Pearce, and six of the people from her Harvard/Radcliffe class who had worked together on cabarets for their class reunions. They are Hollywood editor and documentary producer Chris Arnold, composer/performer Ellen Mandel, broadcaster Terrence McNally, rock musician Paul Wales, educator and founder of the Bronx Charter School for Better Learning Paula Hajar, and Episcopal deacon and novelist Mary Lee Wile.

I was invited to hang out behind the scenes in the Zoom room to observe the rehearsal process. I stayed muted and mesmerised, watching the characters develop and interact, while John Wilson and the Onlinevents team worked their magic with the technology in preparation for the big night. It’s probably the closest I’ll ever get to witnessing a troupe of actors at work together – I absolutely loved it!

‘Call me Crazy’ takes place during the reign of the Diagnostic and Statistical Manual of Mental Disorders-IV and begins with the playwright’s announcement ‘All of the events and stories in this play are true, especially the ones you will think I must have made up.’ It is structured around the journey of Harmony, a young therapy trainee.

‘On the last day of her internship Harmony starts to question the supervisor she has respected and trusted all year. Desperate for answers to her still unanswered questions about what therapists do, in contrast to what they should do, she clashes with her supervisor… and with other interns, each of whom has a deeply personal stake in sticking by the top guy. As the therapists battle away, four patients from their mental hospital watch and listen, unseen. Each time the therapists miss some major point they need to grasp, the patients rush out and do a song, a skit, a dance, a vaudeville act to try to get through to them. Gradually, some of the therapists, to varying degrees, start to learn what the patients have to teach them about the realities of trying to get help in a time of intense need, about what really helps, and what makes a patient’s life more hellish than before. Freud’s mother, who’s never before had a chance to speak her piece, puts everyone in their place, including her own son’s legacy.’

Over 1200 people registered to watch the play and on the 11th December we brought together an audience from over 10 countries to view it and take part in the Q&A session afterward. The feedback in the Zoom chat room on the night and via emails we received in the days that followed was overwhelmingly positive. The message of the play was undoubtedly well received. Cynics might say that this is because the AD4E audiences are predominantly made up of people who are already thinking critically about the play’s themes. It’s true that many are, but we are learning that significant numbers who attend our online events are still pretty accepting of a medical model understanding. A typical remark was along the lines of, ‘Paula’s play pulled together so much and helped me to understand the debate more fully.’ Viewers were thus able to get an insight into Paula’s experience as a member of the DSM Task Force groups all those years ago when she witnessed the deceit and manipulation underpinning this revision of the diagnostic manual at first hand.

There is no doubt that ‘Call me Crazy’ does what all good plays do; it entertains while making its audience think and feel. But as far as I’m concerned (and certainly according to the feedback we received), it goes much further than this. ‘Call me Crazy’ exposes lies. It tells the truth. It is a purposeful act of activism that changes hearts and minds.

Please don’t hesitate to contact Paula J. Caplan at paulajcaplan.net if you would like to arrange a private showing of the CALL ME CRAZY performance that AD4E showed on December 11, 2020. Audience members felt it would be useful for training programs or professional associations for therapists from all disciplines; for groups of those who have been harmed in the traditional mental health system and/or those who advocate for them; and other organizations or groups who work in the wider field of mental health. 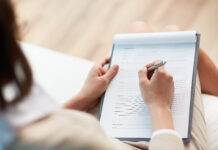