Different groups use phrases and words in dissimilar ways to achieve specific ends. This has never been truer than when considering the highly contentious phrase ‘anti-psychiatry’. Some choose to wear this phrase as a badge of honour, expressing their defiance at a system they feel has caused them or others significant harm. Others use the phrase because they believe it captures the logical conclusion of following where the untaintedand independent evidence leads them. Others still, infuriated by a sense of ethical and social injustice, use the term to express the idea that psychiatry is not a legitimate medical specialty and that we’d be better off with non-medical ideas and interventions.[i]

The above uses of the phrase ‘anti-psychiatry’, however, are very different from how it is now being deployed by many mental health professionals and psychiatrists, usually in the context of heated debate and usually pejoratively. This latter usage mostly occurs when someone labels a critic (e.g. a professional, a service user or an organisation) as ‘anti-psychiatry’ without the consent or agreement of this critic, and without actually knowing whether the critic identifies with that phrase. This particular usage usually has the intention of denigrating the critic as irrational, unreasonable, as wrongly generalising from their outlier experience, and as irresponsibly dissuading, by way of expressing negative sentiments, others from seeking ‘life-saving’ interventions. This pejorative use therefore weaponises the phrase in an attempt to silence, misrepresent or delegitimise critical debate and dissent.

A good example of this was the recent article by the American psychiatrist Ronald W. Pies.[ii] According to him, the well-substantiated argument that psychiatry or psychiatrists promoted the chemical imbalance theory of depression is, in fact, he implied, a delusion of the ‘anti-psychiatry’ mind, and so ex consequenti untrustworthy. The technique here is as primitive as it is obtuse: simply expand the definition of ‘anti-psychiatry’ to encompass all those criticisms for which you have little sympathy, tarnishing them by association.

Such sophistry is as disingenuous as it is increasingly popular. For example, I now observe with growing concern how many of my professional colleagues are using the phrase in evermore indiscriminate and hostile ways; not thinking about whether it accurately captures the other person’s position nor even caring about how the aspersion is being received. It is one thing if I call myself a ‘remoaner’ or ‘over-weight’ but another thing entirely should you publicly call me these things, especially in the context of disagreement or hot debate. That is not okay – That is, in fact, subtly abusive. But we now witness this kind slippage occurring with increasing regularity. Only the other day a senior practitioner referred to a group of harmed patients on social media as an ‘anti-psychiatry cult’, and another as being tainted with ‘anti-psych’ and ‘anti-med’ sentiments. In such contexts, these phrases were being used to relegate the anger of harmed patients to the ills of belonging to an irrational sect. They are not seen as understandable reactions to serious harms painfully incurred, or to psychiatric failures clearly perceived. In this case, their dissent was misrepresented, stigmatised and pathologised, thus compounding their hurt and, quite understandably, their anger.

Since nothing good ever comes of pouring petrol upon a blaze, it is the duty of any mental health professional to avoid attacking, silencing or misrepresenting those they purport to serve, especially when such people have passed through our service. But the anti-psychiatry tag is increasingly being used indiscriminately to do those very things (as may also be true of the new term ‘criticals’, which denotes, with an eye roll, anyone questioning current orthodoxy, as if the only correct position today is to be uncritical).

So now let me close with a confession. I am not anti-psychiatry if we mean by the term ‘denying the fundamental legitimacy of psychiatry as a medical specialty’. But that does not mean I am happy with the status quo (with bio-reductionism, over-prescribing, over-medicalisation, low humanism, corrosive industry ties, buried drugs harms, institutional conservatism, the over-dominance of the medical model and so on…). Yet, while I am not anti-psychiatry in that narrow sense, I entirely respect the right of others to define themselves in this way, and would never use this term in a pejorative manner against them. The fact is, whether you define yourself as anti-psychiatry or critical psychiatry or any other term you choose (and to be honest I couldn’t tell you which tag many of the critics I know identify with) you should not have to tolerate others defining you as how they want you to be seen, especially when this is done with ill intent. When that happens it is a subtle form of abuse. And we should let the perpetrators know that.

[i] Openly identifying with this term is more characteristic of activists in the US, where people like Bonnie Burstow were proud to own it. In contrast, few UK professionals or survivors use this term about themselves – and ironically, nor did most of the ‘anti psychiatrists’ of the 1960s and 1970s, with the exception of David Cooper who coined the term. A growing term of preference in the UK today is ‘pro-evidence’, and for good reason, as it moves the emphasis away from what one is against to what one is for. 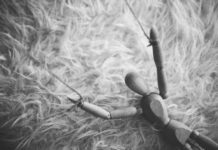 Gaslighting: Should we Label the Victims as Psychotic or Abused?

What Does it Mean to be Anti-Psychiatry? Thoughts of a Cartoon Anteater