The English National Hearing Voices Network (HVN England) is publishing an alternative report, today, to coincide with the launch of the government’s report on its Review of the Mental Health Act.

HVN is a registered charity that offers information and support to people who hear voices, see visions or have other unusual sensory perceptions. See www.hearing-voices.org for more information.

HVN recognise that the Mental Health Act has a profound impact on the lives of their members, many of whom have either been detained under the act, witnessed the detention of a loved one or lived under the threat of detention. In view of serious concerns about the neglect of service user led groups within the review process, HVN conducted an event for over 100 of their members, coupled with a survey, to find out what changes they wanted to see. The report is the culmination of this process.

“The Mental Health Act (MHA) is not fit for purpose and needs to be radically overhauled for the 21st century. This is not the time to sweep key issues under the rug, or rush through timid changes which fail those most vulnerable to the use of the MHA. We call for a bold and ambitious rights-based approach to the Mental Health Act and its Code of Practice”. HVN England Report, 2018.

Of those who had experience of being detained under the MHA:
*70% said that being detained had not been at all helpful in preventing them from attempting suicide.
*83% said it had not been at all helpful in reducing the likelihood of them harming other people.
*78% said they were never or rarely treated with dignity and respect when detained under the Mental Health Act.
*70% said their human rights were not respected by the staff involved.

Akiko Hart, a member of the HVN Board commented:

‘Whilst we recognise the good intentions, dedication and heart of those who contributed to this review, we cannot ignore its failure to address widespread and institutional abuse and the ongoing erosion of people’s human rights. This is not the time for timid changes or placating promises, it is a time for action and an opportunity to revision the support we offer to those in most distress’.

Rai Waddingham, another Board member and who has experience of being diagnosed with schizophrenia and being detained under the Act says:

‘Despite being in a relatively privileged position, working and living with my voices and experiences, I am always aware of the potential for my right to liberty to be removed simply by the say so of mental health and social care professionals. As someone who continually hears voices, including voices commanding me to hurt myself and others, I resent the fact that I cannot be honest with my mental health team for fear of being detained or forced to take additional medication. There is little room in current risk-oriented practice to recognise that people can, and do, live with violent voices and other experiences that raise red flags without acting on them. I am a mother, a sister and a daughter. I could be your friend or colleague. It is time for society to stop ignoring those of us who have overwhelming and unusual experiences and sanctioning our abuse. Whilst the MHA Review makes some steps forward, it does not go far enough to make real and necessary changes’.

The Alternative Review of the Mental Health Act can be accessed at www.hearing-voices.org from 12 noon on Thursday 6 December 2018.

For further information or an interview: 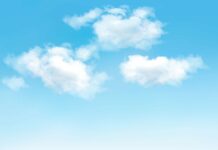 Love for my Mad Self 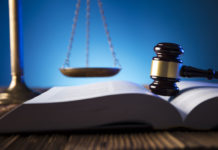 The Spurning of Knowledge at Mental Health Tribunals: Personal Reflections