Last week, the NHS announced that 18% of children aged seven to 16 have a ‘probable mental disorder’.

These figures come from an online survey which questioned 2,900 children and young adults over a five-year period. Psychiatrists screened the answers and scored how likely each participant was to have a ‘mental disorder’ – unlikely, possible or probable.

The results are absolute trash.

No, one in three young women do not have a disorder.

No, one in four older teenagers do not have a disorder.

No, one in five children do not have a disorder.

First, the concept of ‘mental disorder’ is outdated and pseudoscientific. Psychiatry’s diagnostic manual defines it as ‘dysfunction in the individual’. This classification is ‘pure ideology, with no objective evidence to support it,’ writes James Davies, ‘an ideology erasing any idea that our suffering may have meaning or something vital to teach’.

Furthermore, the label of ‘mental disorder’ is objectionable: ‘it can no longer be considered professionally, scientifically or ethically justifiable to present psychiatric diagnoses as if they were valid statements about people and their difficulties,’ write the psychologists Lucy Johnstone, Mary Boyle et al.

Many young people are not living in thriving homes. One in two British households are worried about keeping the lights on. Two in five are anxious about grocery bills. Teenagers feel more isolated than a decade ago. We had the third-warmest autumn ever, after the hottest summer days on record. And we’re entering what looks like a long, dark recession.

‘The distress observed is undoubtedly real and serious and deserves our attention,’ writes Professor Peter Kinderman, former President of the British Psychological Society.

‘But it’s nonsense to suggest that these children are ‘ill’. What this research reveals is that our society is harming our children; they’re depressed and anxious because they (rightly) see their futures as dystopian, unequitable, fragile and environmentally poisonous.’

How dare we tell children and teenagers that their ways of being in this world are a ‘disorder’? How dare we hold them accountable for the problems in their environment? Young people informed this survey they were finding life difficult – and instead of pointing the finger at society, the NHS turned the young people into the problem, declaring that they had a ‘probable mental disorder’. This is a heinous, outrageous twist.

‘A generational dumbing-down of the purpose, meaning and multiple drivers of suffering is one of the more insidious effects of medicalisation,’ writes Davies.

‘We’ve reduced this vast domain of complex humanity to the simplistic indignity of ‘dysfunction’ and ‘disorder’.’

Young people’s suffering is a sign they need change; the NHS gives them a diagnosis.

How are we STILL here? Five years ago, the United Nations Special Rapporteur for Health Dainius Pūras told the Human Rights Council:

Yet the NHS and others continue to medicalise people’s struggles. The survey could have explored the real roots of young people’s anguish – poverty, loneliness, family problems, bullying and lack of opportunity – yet these were referenced only as a correlation. Instead, the intermediary construct of a ‘mental disorder’ or ‘mental health issue’ continues to be framed as the cause of distress.

This is pseudoscientific terminology, pretending to an expertise which does not exist. As Professor Joanna Moncrieff advises, we should ‘stop talking of ‘mental health problems’ as if they are things (nouns),’ and ‘instead use adjectives and verbs to describe how people are feeling and what they are doing’.

The media was mostly deaf in its coverage, repeating the medicalized top line that ‘a quarter of 17-19-year-olds have probable mental disorder’.

Sky News was among those who used the phrase ‘mental health problems’, which is arguably less pseudo-medical than ‘mental disorder’.

The Telegraph and Daily Mail, for their own political reasons, both drew headline connections to the pandemic: ‘quarter of teens who lived through lockdowns now have mental health problems’.

The Telegraph also published a column that decried the labelling of adolescents’ natural responses as ‘mental health problems’.

But no outlet interrogated the appalling claim that 31% of young women have a ‘probable mental disorder’, compared with 13% of young men. Nothing illustrates Jessica Taylor’s statement that ‘psychiatry is the patriarchy with a prescription pad’ better than this figure.

The medical system is pathologising women for being women. If one in three young women are telling us they are unhappy, shouldn’t we ask what is making them so? Shouldn’t we conclude that the ocean is sick, not the fish? Shouldn’t we honour this yell of despair, rather than call it a disorder?

Given the conditions in which they live, Taylor writes in Sexy But Psycho:

It makes total sense that women and girls go onto develop behaviours, feelings and thoughts that might seem odd, harmful, abnormal or extreme to some. What might be considered as a disorder or mental health issue seems pretty rational and normal when we consider what women and girls are up against.

In my view, knowing that women and girls exist in a patriarchy where they are likely to be subjected to traumas and violations over and over, and then convincing them that their natural and rational reactions are mental health issues, psychoses and personality disorders is one of the most insulting, insidious and powerful forms of victim blaming of women that has ever been developed and maintained.

Not only does it seek to position all of women and girls’ responses as illnesses and disordered thinking, but the systems, media and society do this by grooming women and girls to believe that it is in their best interests to believe that they have an incurable mental disorder, rather than validating and listening to their traumas and experiences.

Where medical labels arrive, medical solutions follow. The government responded to the NHS survey by stating there would be nearly 400 ‘mental health teams’ in schools by April, reaching three million pupils. But what good are these teams if they give children a ‘diagnosis’?

From my experience, many children intuitively understand how pathologising works: it turns their experience of the world into something wrong, disordered, and less true – something that needs eliminating or correcting. Wholly understandably, many children do not ask for help because they know this will happen. They sense they will be patronised, condescended to, and absolutely not understood. For as much as medical solutions draw too many people into their maw, they also deter many others from opening up.

As Pūras put it:

Today, there is unequivocal evidence that the dominance of and the overreliance upon the biomedical paradigm, including the front-line and excessive use of psychotropic medicines, is a failure.

Yet…when resources appear to scale up mental health services…investments tend to be dominated by medicalized service models. I see this not only as a failure to integrate evidence and the voices of those most affected into policy, but as a failure to respect, protect, and fulfil the right to health.

Medical solutions, of course, involve so-called ‘medication’. GPs are prescribing antidepressants to children (two-thirds of them girls) against guidelines and without licence, because they consider the pills to be ‘in the best interests of a young patient’. Many of the case studies the media found to illustrate the survey are depressingly similar. Teenager is in distress; teenager receives diagnosis; teenager takes antidepressants; teenager is told to ‘manage’ their ‘disorder’.

As the survey revealed, some sections of society are far more vulnerable to medical solutions than others. Twice as many people from England’s most deprived areas are prescribed antidepressants than those from the least deprived areas. We are drugging the worst off, rather than helping them up. Studies show that antidepressants can decrease drive; these drugs numb people to endure conditions their psyches can no longer tolerate.

Pūras denounced the tendency of medical services ‘to inform people with mild and moderate forms of depression that they should receive psychotropic medications (antidepressants), despite the clear evidence that they should not. This is even more shocking when we know that other non-biomedical interventions are more effective, such as the ones targeting relationships and the social and underlying determinants of mental health, rather than the brain.’

In England, 8.3 million people received at least one antidepressant prescription in 2021/22. That’s more than one in seven adults. The NHS is using antidepressants in exactly the way the UN condemned.

The creep of medicalisation that Pūras deplores is evident in the survey itself – in the psycho-surveillance it represents. Why is the NHS concerned with detecting ‘probable mental disorders’? Why is it assigning diagnosis where none was asked for? Why does it assume a right to medicalize children’s understanding of themselves? This is one of the most toxic elements of biomedical psychiatry: it presents itself as the only legitimate way of interpreting experience. But psychiatric diagnosis is not justifiable scientifically, let alone ethically.

Pain is a signal. Distress, in all its desperate, exhausting forms, is meaningful. We should be listening to young people and working ceaselessly to understand them, without presuming, labelling or medicalizing what they are trying to tell us. Newspaper headlines should describe the difficulties of their lives, not the scale of their ‘dysfunction’.

Suffering can feel irredeemably isolating. But it can also connect us to one another. When we teach people their pain is a problem in need of a cure, we deprive them of sharing what makes us all human.

To any child, teenager or young adult reading this: you do not have a ‘probable mental disorder’. Maybe some of you feel lost or in despair, and are doing things to yourself that you would rather not do. But the way you bear whatever you have been through, and whatever you are facing, is not an illness in need of diagnosis. You are not disordered for being who you are. 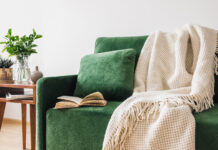 Why therapy and writing are similar struggles 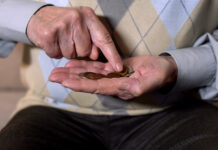 ‘I just keep getting hit by stuff’ 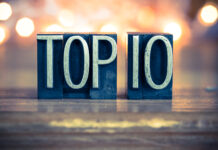 Mad in the UK’s 10 most popular articles this year