Editor’s note: The following article has been published under a pseudonym.

1 Department of Psychiatry and Behavioral Neurosciences.

Abstract
There has been increasing interest in the leveraging of non-monoamine molecules to augment monoaminergic functions in the treatment of depression. There is some evidence that mu-opioid receptor agonists may possess relevant augmenting properties, potentially through inhibitory effects on 5HT-1A pre-synaptic receptors in the raphe nuclei. The present study examines the possibility of ‘speedball’, or intravenous combinations of diamorphine and cocaine hydrochloride to produce an antidepressant effect. Following appropriate power calculations, 288 patients were randomised to either a 14-day period of twice daily injections of ‘speedball’, composed of diamorphine and cocaine hydrochloride, at doses previously established by a dose titration sub-study to induce mood-improving effects without gross behavioural intoxication. The control group was injected with an amber coloured liquid that had been mildly alkalinised to give the injection-feel of a ‘speedball’. Robust reductions of baseline depression scores were evident at time points as early as 1 hour, with mean reductions of 20.4 (S.D 4.6) on the HDRS, compared with 6.4 (S.D 2.8) in the placebo group (p<0.01). This effect was maintained at 4 hours, 2 days, and 7 days. At 14 days the difference between the groups was slightly smaller in magnitude, but remained significantly larger for the ‘speedball’ group (-14.6 points versus -10.4 points, p<0.05). Anxiety scores demonstrated a similar pattern of change. Notably, quality of life scores improved for the intervention group over the 14-day period, with 85% of patients vigorously agreeing to the question ‘Do you feel improved by the treatment?’ at the 15-minute time point. Discontinuation reactions occurred for a small minority of patients and were generally brief and self-limiting over a few days. There were three serious adverse events in the treatment group – a cerebral vasospasm leading to stroke, a myocardial infarction leading to death, and a switch to mania. However, overall the treatment was well tolerated, with the major side effects consisting of tinnitus, tachycardia, anxiety, agitation, drowsiness, hypomanic symptoms, and insomnia. These results demonstrate the efficacy of a novel, poly-target pharmacological approach to depression, drawing attention to potential synergies between the mu-opioid and monoaminergic systems. Further studies should seek novel agents targeting theses receptors, ideally with a more tolerable safety profile. Existing legal barriers to widespread use of these medications should be re-evaluated in light of the pressing need for more effective treatment of treatment-resistant depression. Concerns about addiction and withdrawal are probably overstated as doses utilised in the present study are below those that normally cause dependence, and use could be tightly monitored. Furthermore, there is the suggestion that the effect of drugs in this population is distinct from that in a control population because of the unique neurophysiology of depression and that, therefore, addiction may not be as relevant in this sub-group as in the wider population.

Commenting on the findings, The Science News Centre said:

“This study is to be hailed as a considerable step forward in the treatment of one of the most devastating illnesses of our time. Scientists have demonstrated that a combination of therapeutic agents, targeting novel groups of receptors, can have profound antidepressant effects. These novel targets open up considerable scope for further developments in this field. They suggest an unappreciated mu-opioid theory of depression, which may interact with the neurotransmitters already implicated in depression – serotonin, and noradrenaline.

The naysayers will no doubt be out in force, spreading unnecessary pessimism, about the risk of dependence from use of these agents – however, just because ‘speedballs’ originated in the underground drug scene does not mean that there is not significant therapeutic value to be found in novel combinations of medications. We should recall that many highly effective agents in psychiatry have been discovered serendipitously. It may be prudent, nevertheless, if this combination treatment is licensed, to have strict controls on prescription to avoid the possibility of diversion.” 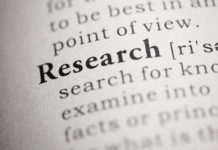 Call for participants: Research Study on Method of Levels (MOL) Therapy For People Living with Psychosis In The Community 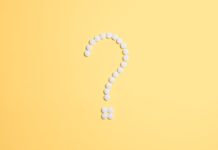