This week, we present the first in a series of interviews on the topic of the global ‘mental health’ movement. These interviews will be led by our Mad in America research news team.

In this episode, we interview Dr Melissa Raven, who is a psychiatric epidemiologist, policy analyst and postdoctoral research fellow in the Critical and Ethical Mental Health research group at the University of Adelaide, South Australia. Originally qualified as a clinical psychologist, she then worked as a lecturer and researcher in public health and primary health care. Her current mental health research and advocacy is informed by a strong social determinants perspective and a strong critical orientation, which she applies to a range of topics, including suicide prevention, workplace mental health, (over)diagnosis, (inappropriate) prescribing, and conflicts of interest in mental health and the broader health/welfare arena.

In response, a coalition of mental health activists and service-users have organized an open letter detailing their concerns with the summit and report. The response has attracted the support of critical professionals, psychologists, psychiatrists, and researchers. 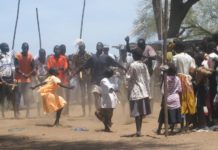 Surviving the Pandemic – Are Young People More Resilient Than we Think?