I began my career as a forensic psychologist, and whilst working in the UK Prison Service I saw over and over again how when bad things happen in people’s lives, it damages them psychologically and they may go on to harm themselves and/or others in a whole range of ways.  This was no surprise to me; it was what I had learned during my training as a psychologist.

After ten years working as a psychologist in the UK, I left to work in Kakuma refugee camp.  Kakuma is in the north-west corner of Kenya, and the camp was first established in 1991 when a group of 12,000 unaccompanied minors (mainly boys) arrived from what was then Sudan, and is now South Sudan.  The camp grew over the years, and by the time I arrived it was ‘home’ to around 90,000 refugees from nine countries, including many of the original arrivals.

My job was to manage four psychosocial programmes in the camp, the largest of which was a ‘community counselling’ programme.  This consisted of around 45 volunteers who provided basic emotional support to those living in the camp.  They were organised according to the zones of the camp, with each of the three main areas having a supervisor who worked closely with the overall community-counselling co-ordinator.  All those working in this programme were refugees living in the camp.  The majority, including three of the four members of the supervisory team, were young men and women from South Sudan who had arrived as children in 1991.  Before arriving in Kakuma they had experienced the deaths of family members, and forced expulsion from their country into Ethiopia where they had been trained as child soldiers in camps on the border with South Sudan.  They were chased out of Ethiopia when the regime changed, and had to cross a fast-flowing, crocodile-infested river (which had been a dry river-bed when they arrived) in order to reach the ‘safety’ of South Sudan.  A detail that stuck in my mind from listening to these experiences was that the river was red when they crossed it, coloured by the blood of those who had been caught by the crocodiles.  Many died trying to cross the river, and many more died on the long march to the border with Kenya.  Those who finally arrived and were housed in Kakuma had survived experiences that were way beyond anybody’s ability to cope with.

When I arrived in Kakuma in 2003, they had been living in an overcrowded camp for twelve years while the war continued to rage in their country, and they had been left behind while other ‘Lost Boys’ (but no ‘Lost Girls) had been resettled in the US.  They had completed the education that was available to them in the camp, their opportunities were limited and their future was uncertain.  It’s hard to imagine a group of people more likely to be psychologically disturbed.

And yet, this is not what I found.

Over more than three years I worked very closely with these young men and women, especially those in leadership positions in the organisation I worked for.  They were professional, calm, committed, hopeful and self-controlled. There were no signs of the psychological disturbance that I had expected to see.  This is not to say, of course, that there was no mental disorder in Kakuma refugee camp.  There were groups of men who were spending their days drinking alcohol and taking drugs.  There were fights and conflicts between individuals and groups; these conflicts could be triggered by something as small as a child accidentally kicking dust into someone’s face.  There were a few people showing signs of what would be called ‘severe mental illness’ in Western contexts, and some cases of suicide every year.

But the emotional wellbeing of the majority was far removed from what I had expected, based on my training and experience in the UK.  I had to re-adjust my understanding of what contributed to “poor mental health”.  I could no longer hang onto the idea that we are inevitably psychologically damaged by our experiences; our emotional wellbeing was clearly impacted by other things just as much.  I wondered whether something that protected the South Sudanese men and women I worked with was the fact that they had all experienced these terrible events together, had arrived in Kakuma together and lived together in small groups initially, taking care of each other.  Their experience was collective, they knew they were understood by those around them and that they were needed to support others as well as to receive support themselves.

I’ve now been working in the humanitarian field as a psychosocial specialist for 17 years, including with displaced populations (South Sudan, Iraq, Uganda, Ethiopia, Jordan), people affected by conflict (Palestine) and disaster (countries affected by the 2004 tsunami, flood-affected populations in Malawi), and those affected by a devastating mix of adverse events (Sierra Leone).  Through experience, research and listening I have learned much more about emotional and psychosocial wellbeing in situations of adversity.  I’ve learned that mental distress does increase in such situations but not anything like as much as we sometimes assume.  I’ve learned that the daily stressors of life contribute as much, if not more, to levels of distress than the extreme events experienced as a result of conflict or disaster.  I’ve learned that the word ‘trauma’ is unhelpful, because it implies that people are permanently psychologically damaged by extreme events and need a mental health professional to ‘fix’ them, in the same way as someone experiencing a physical trauma such as a broken leg needs help from a medical professional.  In fact, we know that the vast majority of people experiencing extreme events will recover over time as long as they have access to their basic needs, are safe, are embedded in supportive social networks, and are able to maintain a self of self-efficacy and community-efficacy.  The feeling of being understood by those around us when we have experienced difficult events does seem to be important, as I first observed in Kakuma; it was mentioned specifically by torture survivors involved with a football group I evaluated for Arsenal in the Community and Freedom from Torture.

Since mid-March 2020 I’ve not been able to continue with my work in humanitarian settings due to travel restrictions resulting from the COVID-19 pandemic.  Instead, I’m at home in Liverpool, UK, and have been following the discussions about the ‘mental health epidemic’ which is apparently likely to occur in the UK alongside the coronavirus epidemic.  It seems to me that many of these discussions are underpinned by the same assumptions that I had when I first went to work in Kakuma – and which were shown to be so spectacularly wrong.  As I’ve written elsewhere, we should not assume that the majority of people in the UK, even those on the frontline of the response, will need specialist mental health care.  Whilst a small number will, the majority of us will recover from the emotional effects of this experience over time, providing that we have access to our basic needs, are safe, are embedded in supportive social networks, and are able to maintain a self of self-efficacy and community-efficacy.  My learning from humanitarian settings suggest that the mental health response to the COVID-19 outbreak in the UK should focus on:

There will, of course, be those with pre-existing experiences of severe mental distress, and those who develop severe distress during the COVID-19 outbreak, and it is essential that they are able to access the professional care they need quickly and consistently. But the narrative in much of the media that huge numbers of us will need access to these same services only serves to increase the anxiety in all of us, and cast doubt on our ability to cope.

Both ethically and pragmatically, it is essential that we make use of the learning from humanitarian settings, and recognise that in many ways we are not so different from those South Sudanese boys who became young men in Kakuma refugee camp.  The vast majority of us can stay psychologically healthy in adverse situations, without the need for specialist care, if we put in place the structures and systems that we know support emotional wellbeing in situations of crisis and adversity. 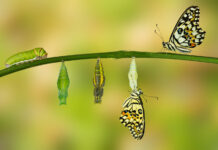 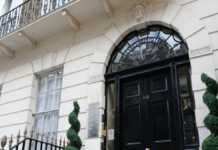