From The BMJ. An adviser to the government on antidepressant use has quit in the wake of a row over conflicts of interest.

David Baldwin resigned from Public Health England’s expert panel on prescribed medicines after he was subjected to a string of insults online, including being called “worse than Hitler” and a “pharma-whore,” the Times has reported.

Baldwin was the Royal College of Psychiatrists’ representative on the panel, which was set up to review the potential effects of withdrawing from prescribed drugs. But he was criticised after he co-wrote a letter to the Times in February that downplayed the side effects of coming off antidepressants. The letter, coauthored with Wendy Burn, president of the Royal College of Psychiatrists, read, “In the vast majority of patients, any unpleasant symptoms experienced on discontinuing antidepressants have resolved within two weeks of stopping treatment.”

After the letter was published, 10 psychiatrists and the psychologist John Read of the University of East London, also a member of the expert panel, complained to the college. They said that the letter was incorrect, misleading to patients, and brought the profession into disrepute. In a subsequent letter sent in August the psychiatrist Sami Timimi and 29 other experts in mental health urged the college to replace Baldwin on the group “with an RCPsych member who is not compromised by conflicts of interest with the pharmaceutical industry.” 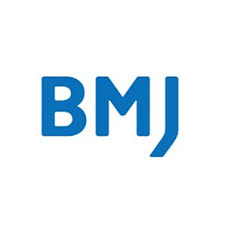