This week on MIA Radio, we interview Dr. Joanna Moncrieff. Dr. Moncrieff is a psychiatrist, academic and author. She has an interest in the history, philosophy and politics of psychiatry, and particularly in the use, misuse and misrepresentation of psychiatric drugs. As an author, Dr. Moncrieff has written extensively on psychiatric drugs and her books include The Myth of the Chemical Cure, A Straight Talking Introduction to Psychiatric Drugs and The Bitterest Pills: the troubling story of antipsychotic drugs.

She is one of the founding members of the Critical Psychiatry Network which consists of psychiatrists from around the world who are sceptical of the idea that mental disorders are simply brain diseases and of the dominance of the pharmaceutical industry.

We talk about the recent meta-analysis of the efficacy and tolerability of 21 antidepressant drugs, widely reported in the UK news media on February 22nd.

In the episode we discuss:

Comparative efficacy and acceptability of 21 antidepressant drugs for the acute treatment of adults with major depressive disorder: a systematic review and network meta-analysis

Challenging the New Hype About Antidepressants

Efficacy of antidepressants in adults 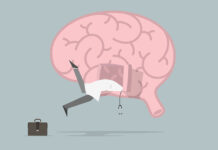